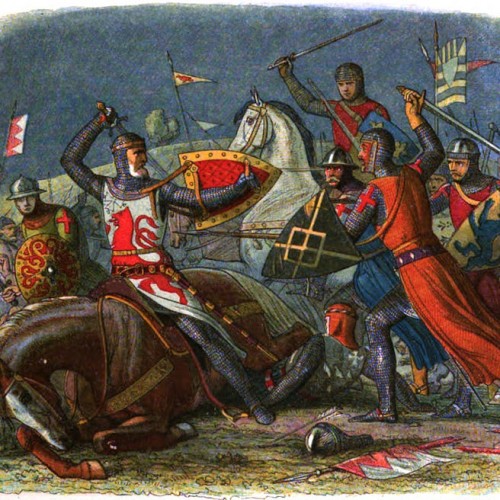 To commemorate the historic battle, Evesham will be hosting a fortnight of events beginning the 1st August, 2015.

A wargaming event will take place over the weekend. On display over this weekend, probably at St Lawrence church, there will also be a tapestry on loan from Lewes depicting the battle of 1264 there.

Wednesday 12th (afternoon or evening) – Historical walkabout around the town, river and battlefield