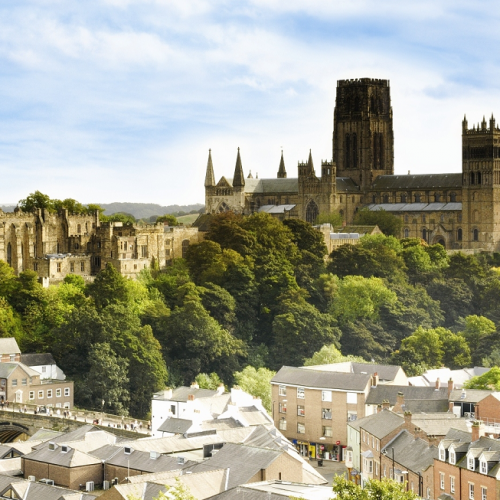 Durham Cathedral in Durham City, often cited as the greatest Norman building in Europe, holds three editions of Magna Carta dated 1216, 1225 and 1300, which demonstrate the evolution of the original.

In the summer of 2015, see the only surviving 1216 issue of the Magna Carta in a fascinating exhibition at Durham University’s Palace Green Library, in the heart of Durham City’s UNESCO World Heritage Site.

Magna Carta and the Changing Face of Revolt, 1 June to 31 August 2015, will show one of the three issues of the charter held by the Cathedral, alongside material from the University’s collections and other museums, libraries and archives. Often seen in terms of the foundation of liberty and the establishment of the rule of law, what happens if we think of Magna Carta as an outcome of rebellion, forced on an overbearing king by disgruntled barons? Exploring questions about the nature of rebellion, through the Wars of the Roses, Civil Wars, Jacobite rebellions and Chartist movements, this exhibition is a unique opportunity to discover the people who, whether intentionally or not, became rebels, and to see some iconic material associated with their actions.